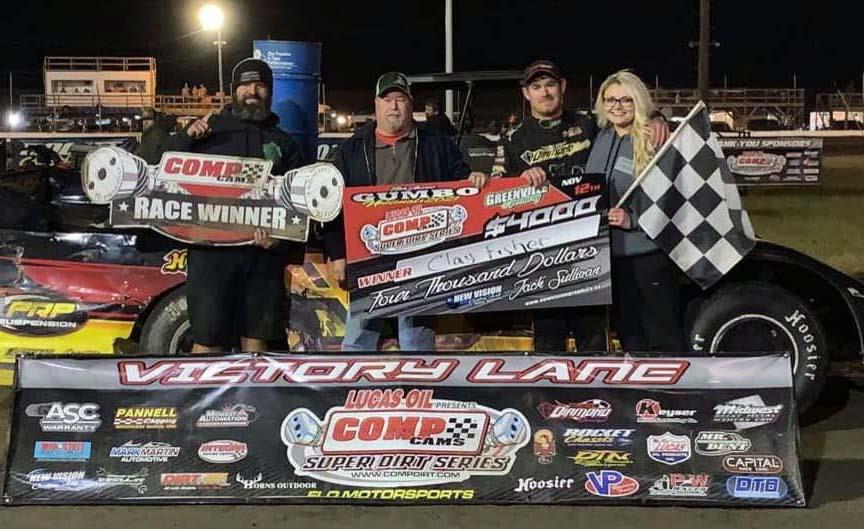 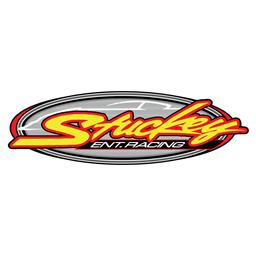 Clay Fisher won in his first race out in his brand-new Black Diamond Race Car, and it was a big one. Fisher pocketed $4,000 for his Friday night win in the opening round of the 15th annual Gumbo Nationals at Greenville (Miss.) Speedway with the COMP Cams Super Dirt Series (CCSDS) Super Late Models. Additionally, Chandler Petty won the $1,500 top prize in the weekend’s LMRA Late Model Series event.

Last but not least, congratulations to Tyler Neal on being crowned the Indiana Pro Late Model Champion. 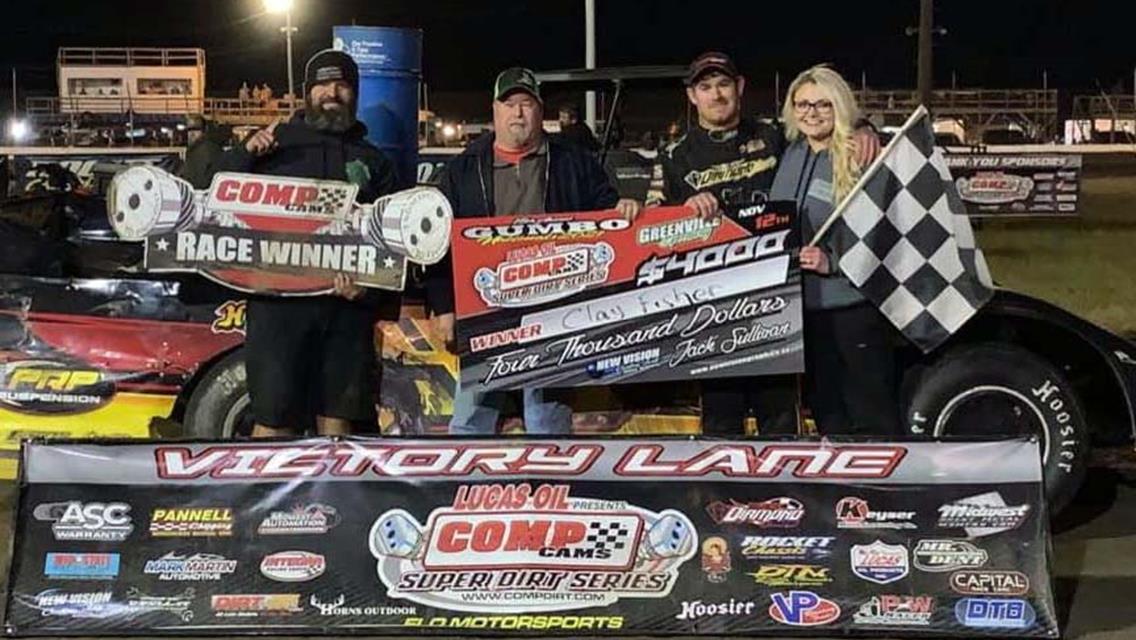 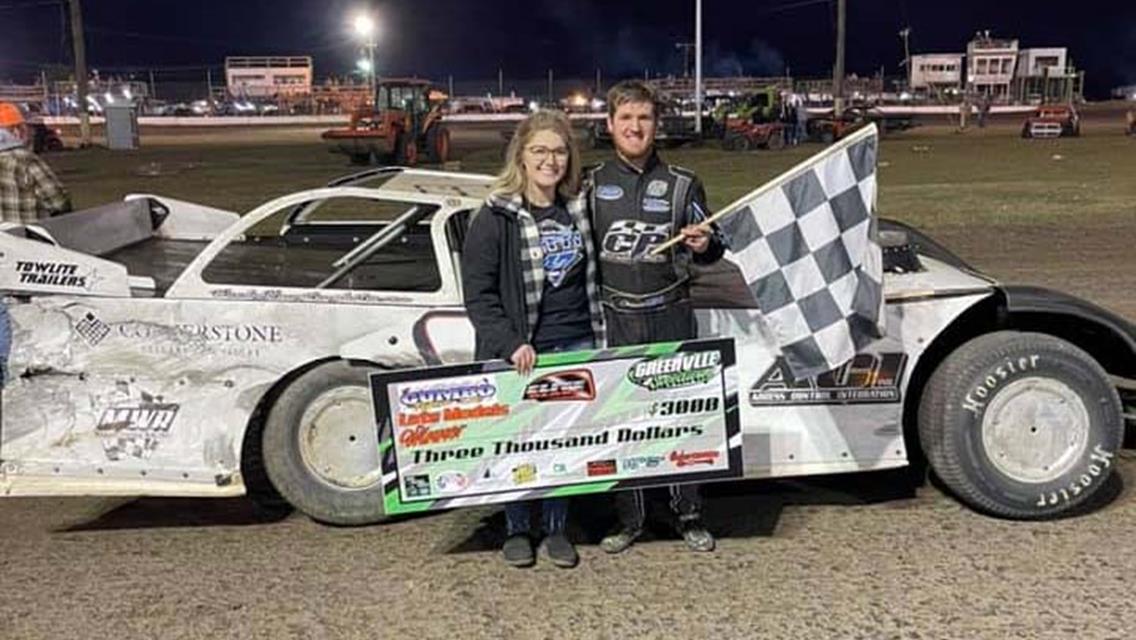